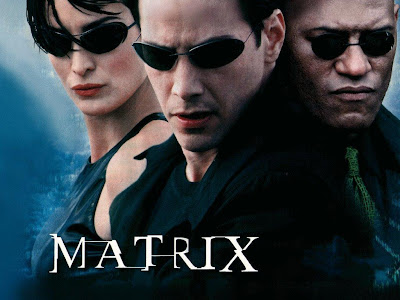 I think I was one of the few people that wasn't blown away by the Matrix when it came out. I found the acting wooden, the plot contrived and the style pretentious. On expressing this to a friend and devout Matrix fan, she retorted: "Was it too cerebral for you?" If only this word had been in my arsenal at the time. I could have replied, with utter disdain: "Actually, I found the whole thing to be positively acerebral." Ha! That would have shown her. I wonder if there's any way I can engineer a re-run of that conversation ...
Posted by Eddie F at 08:00