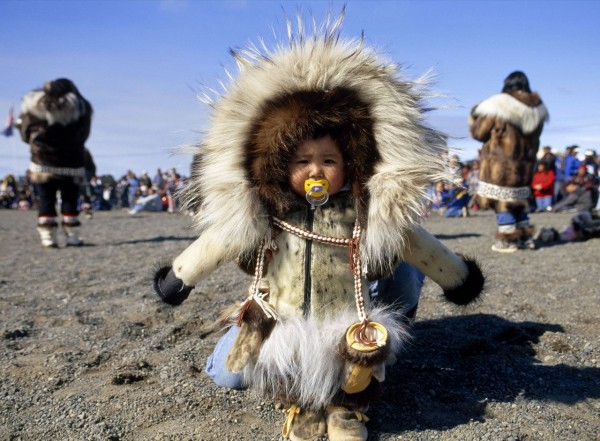 1 A skin or cloth hooded jacket worn by Eskimos and so by others in polar regions;
a similar weatherproof garment worn elsewhere. E20

2 A socially inept and studious or obsessive person (caricatured as typically wearing an anorak)
with unfashionable and largely solitary interests. colloquial. derogatory. L20


I admit that I vacillated somewhat over this word when I first came across it in the OED. Is its origin as an Eskimo garment really interesting enough to book it a hallowed place in Lexicolatry? Does the fact that it's the first Greenlandic word I've found qualify it to stand shoulder to shoulder with words like absquatulate and acerebral? The picture of a toddler in an anorak sucking a dummy told me yes.
Posted by Eddie F at 08:00