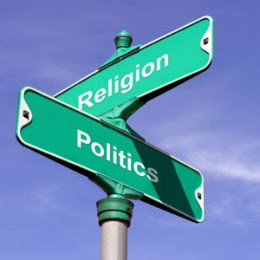 Woah there! Hold your horses, OED!

Now I'm a big fan of the Oxford English Dictionary ... a big fan. But I must say that the entry for antidisestablishmentarianism is a little bit of a let down. It's as if the the writer of this particular entry thought to himself: "You know what? This is such a stoopid word that I'm not even going to bother defining it correctly!"

Now, it's true that this entry has been smuggled in with a collection of words bearing the prefix anti- (Greek for opposite, against, rivalling, etc). So, giving the OED the benefit of the doubt, I assumed that they must be saving space (I am reading the Shorter OED, after all), having adequately defined disestablishmentarianism in the 'D' section. But no! The entry for disestablishmentarianism is similarly dismissive, listing it as a L19 noun, defined as "usu. a factitious long word". So I then fall back to the verb disestablish, where I'm finally able to get some sense of what this is all about:

DISESTABLISH
Verb trans. L16
Terminate the establishment of, depose from an official position; spec. deprive (a Church) of a special State connection and support, remove from a position as the national or State Church.

Definition aside, it is an unusually long word (28 letters and 12 syllables) and is thus one of the longest words in the English language. In discussions of the longest word in English, antidisestablishmentarianism is often cited, and thus it's a relatively well-known word (even if its definition is not, a status quo that the OED seems happy to maintain). So although you're unlikely to be able to slip this one into casual conversation (and if you can, please do tell us how in the comments section!), at least the next time someone mentions antidisestablishmentarianism, you'll be able to tell them exactly what it means.