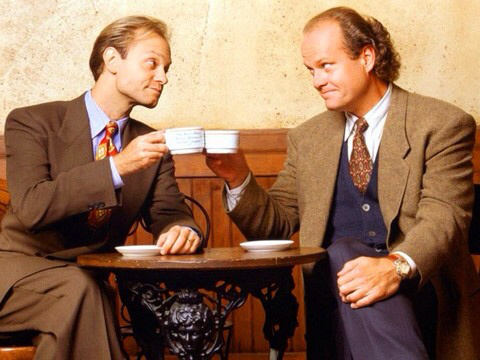 Noun & verb. Mid-17th century.
[French, from badiner to joke, from badin fool from Provençal, from badar gape from Proto-Romance]


When I think of badinage, I think of the inimitable relationship between the brothers Frasier and Niles Crane from the sitcom Frasier. Both are psychiatrists, incorrigibly pompous and pathologically competitive with each other. In fact, their pretentiousness renders badinage (a rather pompous sounding word itself) all the more fitting to describe their often barbed wordplay, peppered as it is with references to wine, fine art, opera and French. Their steady supply of retorts, quips, asides and witticisms provides some of the very best badinage to grace our television screens.

Do please leave any comments below.
Posted by Eddie F at 08:00