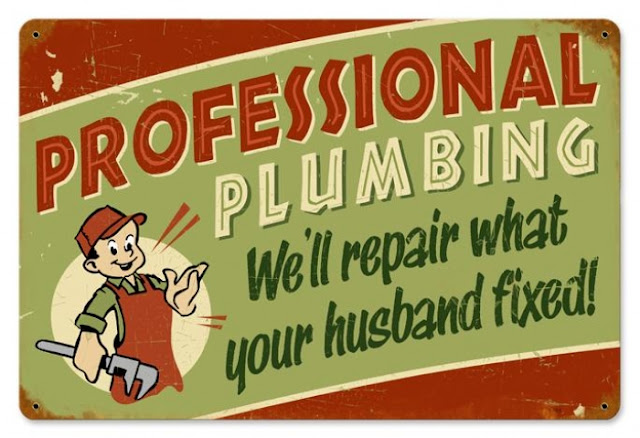 Adjective. Derogatory. M19.
[Greek banausikos of or for artisans]

I had to really set my mind to thinking about why a word like banausic would be considered derogatory; after all, it is used to describe something that is suitable for artisans. At first, I thought it was probably due to a quirk in Greek history, during a time when artisans were, as manual labourers, looked down upon. However, I quickly realised that modern day artisans are thought of similarly. A builder, for example, conjures the image of a rather dim, overweight, unreliable slob. Similar stereotypes exist for carpenters, plumbers, electricians and virtually all of the tradespeople. That's not even mentioning, of course, the lowest of the low in the building trade artisans - the humble painter and decorator, a position surely chosen only by those who clearly were not smart enough for any of the other jobs on the don't-need-to-be-particularly-smart-to-do-them job list. I'm ashamed to say that I haven't been above such prejudice myself.

I have a good friend that is a carpet-fitter (carpet-fitting barely above painting and decorating on the banausic status list). He is often teased for how slowly he works - painfully slowly at time. When he fitted the carpets in my house, I must admit that there were times during his long, ponderous measurement-taking and diagram drawing sessions that I thought: "Oh come on! This is carpet-fitting, not rocket science!" or even, heaven forbid, "This is carpet fitting, not real building work!"

The end results, however, speak for him, for his trade and for his banausic skills. After he had left, I stood at the foot of the stairs and marveled at his work; how he had cajoled an exceptionally stiff carpet around all the corners and turns of the stairs, how he had run it up and carpeted the landing in one seamless piece, and how it was completed with an unerring accuracy, precision and neatness that completely baffles my supercilious, non-banausic mind. Ultimately, it's rather rich to look down on anyone, of any profession, that can do something you can't. That is, after all, why we usually hire tradespeople.
Posted by Eddie F at 08:00