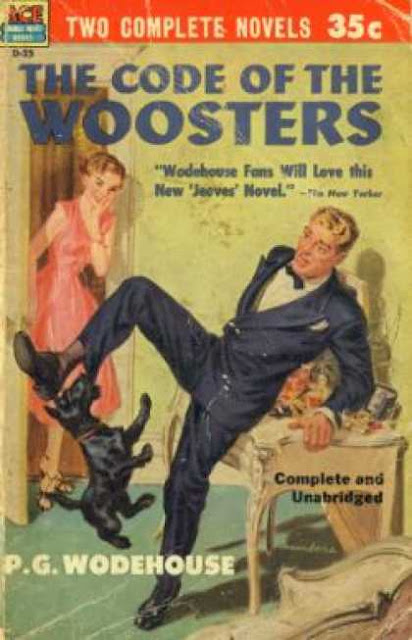 What ho chaps! I would like to introduce you to my good friend Bertie Wooster who, if you haven't made his acquaintance already, is from the classic Jeeves and Wooster series by P.G Wodehouse. Old Bertie, you see, is something of a beau and therefore smashingly illustrates today's word. Unfortunately for him, and despite being an absolute corker of a chap, he is always managing to somehow get himself into a pickle with the ladies, and throughout the entire series of books gets himself engaged more times than I've had hot crumpets. It's hardly a surprise that he keeps landing in this rather awkward posish, as what fine society lady wouldn't want to marry him? He's a man of means at the highest level of the beau monde and he's a jolly loyal friend to boot (it's usually his ill-considered beaux gestes that land him in such dashed fixes). It's true that perhaps he's not the brightest of fellows (his valet Jeeves was once heard to remark that he's 'mentally negligible') but that's a minor quibble and a lady need pay no heed to such things. Old Bertie is the absolute beau ideal of a man and a beau sabreur on the battlefield of love!

If you're wondering what the bally hang I've been waffling on about, I decided to included a few extra beau words that I thought were rather splendid. Anyway, that's enough rummy talk from me - all this writing has made me rather peckish so I'm off for some eggs and b. Tinkerty tonk!