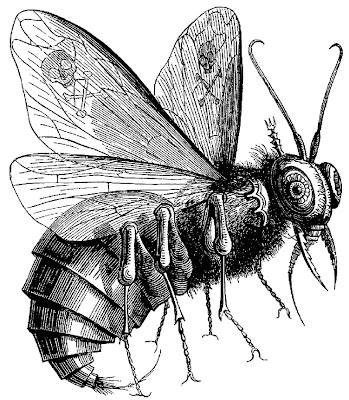 The Devil; a devil.


Before I read William Golding's Lord of the Flies in my early teens, I had a rather fatalistic view on the subject of good and evil. I believed I was a good person, that I always would be a good person, and that somehow this was predetermined and unalterable. Evil existed, of course (or my definition of evil) - there were bad people that did bad things and bad things happened to good people, but this was all due to external forces that I had no control over and certainly no part of.

The book's implication is that evil resides in all of us. Rather than being a latent potential, it would seem that it's a tendency, a proclivity, down which we naturally incline when societal and moral safeguards are stripped away. This notion was deeply disturbing to me and I simultaneously felt vulnerable and empowered: vulnerable from the shattering of a lazy presumption that I was inherently good, and empowered by the realisation that I would be wholly responsible for the life course I chose.

The Beelzebub of the book - The Beast, as the boys call it, or The Lord of the Flies - is nothing more in its physical manifestation than a pig's head on a stick. When invested with the boys' fears, however, this utterly impotent object grows in power and is able to take hold of them. It's a power that few, if any, are able to resist (I remember the stinging realisation that Ralph - even valiant and noble Ralph - was susceptible to the power of The Beast once he had allowed his fears to take root). When multiplied across the microcosm of the island, full of scared, hungry and abandoned children, this power became a terrible and transformative force, causing these formerly 'civilised' and doubtless 'good' children to commit the most brutal and violent acts.

The lessons of Golding's words are as valuable now as when he wrote them in 1954. Just like the little boys on the island that were scared of snakes and beasts and noises in the night, we are all vulnerable to being dominated by fear. Such fear can cause us to step over someone that's fallen in the street because we're afraid of looking foolish, or tacitly tolerate creeping racist attitudes in those around us because we're afraid of speaking out. When multiplied to the level of a nation state, these fears can allow otherwise 'civilised' and 'good' people to engage in the most horrific acts of barbarity, cruelty and even genocide. Perhaps Golding's greatest gift to his readers, however, is not his warning about the nature of The Beast, but rather in divesting us of the burden of assuming that we are inherently good and beyond its grasp.
Posted by Eddie F at 08:00