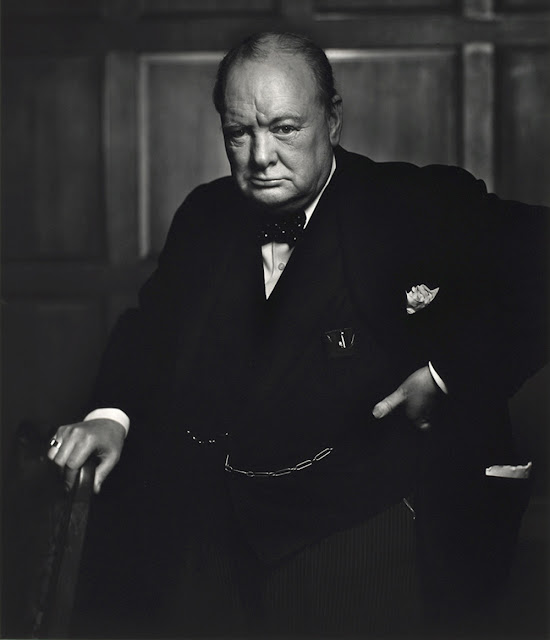 A brilliant or witty person.

Sir Winston Leonard Spencer-Churchill (1874-1965), wartime Prime Minister of the United Kingdom, was a veritable bel esprit. Although most noted as a politician, Churchill was also a soldier, an artist, a historian and a prolific writer, writing over 40 books in his lifetime and being awarded the Nobel Prize in Literature in 1953. Despite suffering from a speech impediment and bouts of severe depression, Churchill became the embodiment of dogged resistance in the face of fascist aggression and through his charisma and force of personality successfully galvanised the spirits of the beleaguered British people during 'their darkest hour' (as if this weren't enough for any mortal bel esprit, he also found time to be an amateur bricklayer and butterfly breeder).

If it's wit, however, that truly defines the bel esprit, then Churchill is certainly well qualified. His voluminous repertoire of quips, retorts and ripostes is legendary, and his scathing verbal dexterity is second only to his inspiring leadership in renown. In fact, many a once distinguished personage has been relegated in the history books to little more than somebody that was once foolhardy enough to lock verbal horns in a bout of ill-advised repartee. While it's doubtless that some of the quotes attributed to Churchill are apocryphal, I shall leave you with a selection of some of the best known:

Do you have a favourite bel esprit?  Do you aspire to be a bel esprit?
Please feel free to leave your comments below (though if you're commenting on your own aspirations, they had better be damn witty).
Posted by Eddie F at 09:00