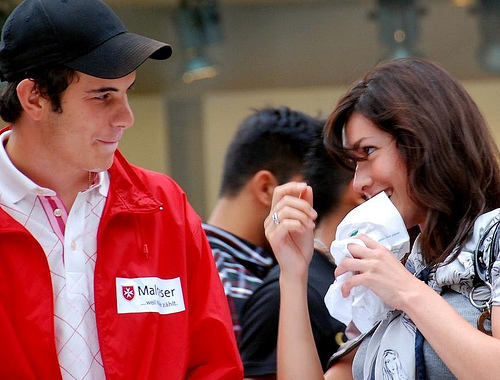 A kind or loving look.


That moment, that fleeting connection between two souls; the sudden exhilaration of being betrayed by our own eyes and the unspoken understanding, now established, that can never be taken back: belgard is a word that should never slip into obscurity. It describes a moment too poignant and profound; too precious and ephemeral. While most other dictionaries tended to be narrower in their definition of belgard as something distinctly romantic or amorous, there is something exquisite about the OED's broader definition. From the proud gaze of adoring parents to the furtive glances cast between two people across a crowded room, our eyes express what's in our hearts like no words ever can.
Posted by Eddie F at 20:30