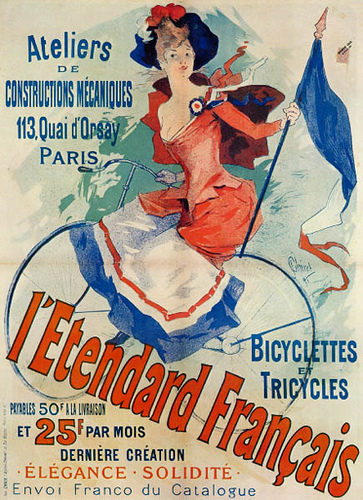 A period of settled comfort and prosperity,
specifically the period period in France from the late 19th century to the war of 1914-18.

The notion of a belle époque is a distinctly pleasing and romantic one. Both Britain and the United States had their own belles époques, corresponding to that of the French, and while the exact timing of each may be debated, there's little doubt that it had ended for all come The Great War of 1914. As always, nostalgia plays its part in such rosy recollections - the concept of the belle époque was only forged in the 1920s, looking back across the bitter horrors of the war. It was undoubtedly, however, a time of great optimism and progress, of social reform and scientific breakthrough and of relative peace among the great nations of the time. It's a unique period of history that still holds a special romance - even for those, like myself, that are far removed from it in time.