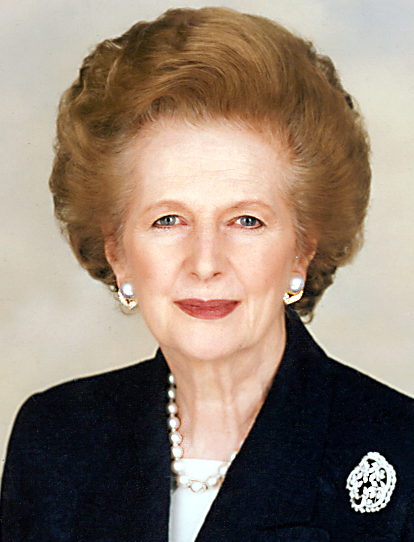 A war-goddess; a spirited woman of commanding presence.

One of the most polarising figures in British political history is Baroness Margaret Thatcher. Her death on the 8th April 2013 triggered both public grief and, in some quarters, celebration across Britain. Thatcher's personal achievements are singularly impressive: she was the United Kingdom's first female Prime Minister, the only scientist to have held that office (she was a research chemist before becoming a barrister) and the longest serving British Prime Minister in the 20th century.

Nicknamed 'The Iron Lady', Thatcher is renowned for her formidable and uncompromising style of leadership; whatever someone's ultimate regard for her politics and legacy, few question the force of her personality and convictions. Her tenure as Prime Minister is perhaps best remembered for her clashes with (and ultimate victory over) Britain's labour unions, her introduction of a widely reviled Community Charge (popularly known as the poll tax) and her leadership during the Falklands War against Argentina. In considering the word Bellona, Baroness Thatcher was an obvious choice as someone who didn't shrink from a fight and lead through the force of her convictions and commanding personality.
Posted by Eddie F at 12:30