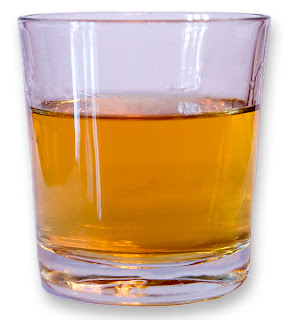 1 A liquid for drinking; drink. In early use also specifically a drink to seal a bargain,
transferred to a bargain sealed by a drink. Now formal or jocular. ME

1b A specific drink, as lemonade, cider, etc., according to locality. dialectical. E17

Granted, beverage isn't a particularly interesting word at first glance. Its Latin root is bibere, of course, which will have a ring of familiarity to speakers of Romance languages (beber in Spanish and Portuguese, for example, and a bea in Romanian). It's also related to the English word bever (or beaver), which is a drink generally or some other light refreshment.

What is interesting about the word beverage, however, is that in times past it was specifically a drink taken to seal a bargain or deal. While the word itself may not be used in that sense much anymore, the practice itself is alive and well, with many a beverage taken daily to mark that moment of accord between two discrete minds. Bottoms up, chaps!
Posted by Eddie F at 08:00