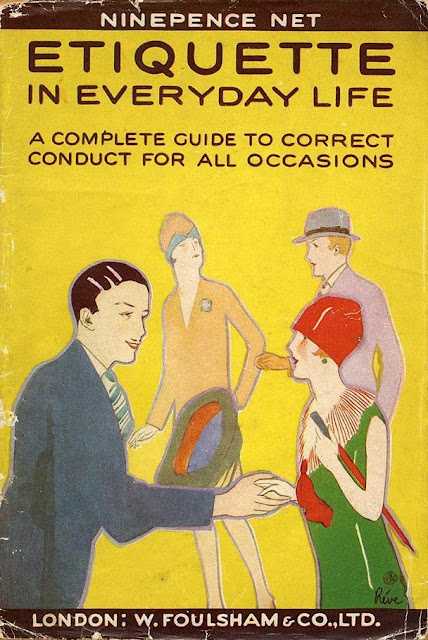 
Oh for crying out ... another bien word! Having wearily plodded the platitudinous path of bien entendu, gandered gaily through the gladsome gardens of bien-être and challengingly charged into the conservative courtyard of bien pensant, we arrive at the last stop on the well-trodden path of Franco-wellness: bienséance.

As weary as one might be from such prodigious wellness, one still offers a polite smile and welcoming handshake to bienséance, fully understanding that it's a fascinating word in its own right and neither weariness nor familiarity with its bienish brethren should sully the occasion. It's propriety, darling; it's what one does.

For this reason, I for one am very pro-propriety, defensive of decorum, mindful of manners, encouraging of etiquette and wont to shout out "Bully for Bienséance!" at the flimsiest of excuses. It's what makes us all that little bit nicer to each other and the world that little bit more pleasant.