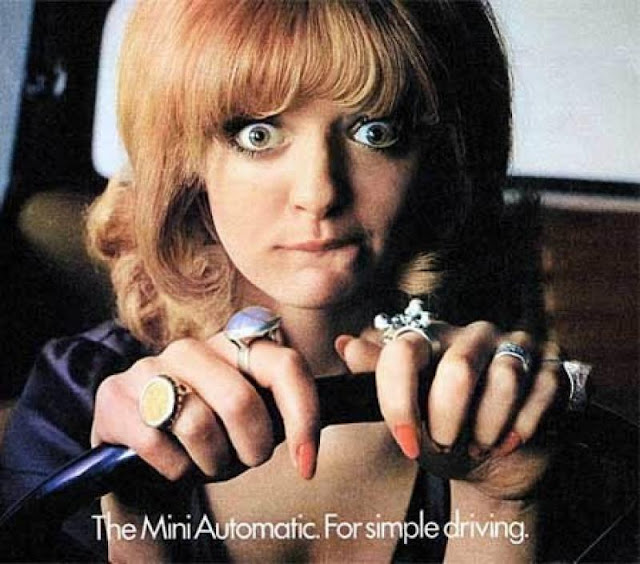 2. A woman, especially a sexually attractive or provocative but empty-headed or unintelligent one. E20

Bimbo is an interesting word for a number of reasons. Firstly, it's Italian, contracted from the better known bambino, meaning 'little child or baby'. Secondly, it wasn't always so gender-specific. In the 1920s, a bimbo was more likely to have been an uncultivated or loutish man; P.G Wodehouse was fond of the term in this sense, using it in several of the Jeeves and Wooster stories.

Its modern usage has narrowed, however, and the epithet bimbo, always derogatory, conjures a very particular image of a women: probably physically attractive, quite possibly of loose morals, and most definitely a few clowns short of a circus. She's also probably blonde, superficial, and a devoted follower of fashion (though without the corresponding good taste).

Considering the litany of aspersions the word bimbo casts upon a woman called such, it seems bizarre that it has the apparent level of acceptability that it does; one could hear the word bimbo at any number of social functions, used by men and women, without it ever being seriously challenged or without it causing particular offense. Other words that call a woman's virtue into question, such as slut or slapper, carry a considerably harsher tone and are likely to provoke a vociferous reaction.

I've been trying to decide why this is; why does bimbo seem to sneak under the PC radar? Part of the reason might be the word itself - it's rather soft and bubbly, lacking the hard, terminal consonant sounds that are needed to cause real offense. Perhaps also the slurs are diluted - unlike a repulsive word like slut, this isn't solely about a woman's sexual morals or promiscuity; in fact, it's not even clearly about that. Somehow, bimbo is a bit wishy-washy - not committing to definitely stating anything with any conviction: "Yeah she's none too clever and prob'ly a bit of a slapper, but she's not half a looker though, eh?"

While arguments can be made for its use in English ("Bimbos exist - we might not like the fact, but bimbo describes them and we understand what's meant"), I must admit that each time I've come across the word in a non-scholarly context, misogyny and sexism don't seem far behind (such as in articles by, surprise, surprise, The Daily Mail and The Sun). This, together with its lack of corresponding epithets for men, makes me dislike the word bimbo in its modern usage. It sneaks in, under the cover of playfulness and fun, but ultimately is only a thinly disguised variant of the misogyny that exists both culturally and linguistically in English.


Do you have any thoughts on the word bimbo? Is it not as acceptable as I think it is? Is it perfectly valid?