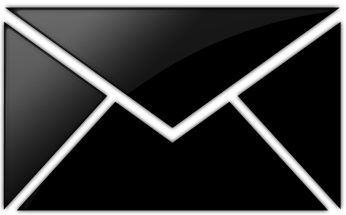 
A1(a) noun. Historical. A tribute levied by freebooting Scottish chiefs in return for protection or immunity from plunder. M16

A1(b) transferred. Any payment or other benefit extorted by threats or pressure, especially by threatening reveal a discreditable secret; the criminal action of seeking to extort such a payment or benefit; the use of threats or moral pressure. E19

A2 Law (now Historical). Rent payable in cattle, labour, or coin other than silver. E17

B verb transitive. Extort money from by blackmail, use threats or moral pressure against. L19

Blackmail is a decidedly odd crime. Imagine for one moment that you're a celebrity, and that at some point in the distant past we shared something of an illicit amourette; it's perfectly legal (if morally repugnant) for me to decide to sell that story to the papers. As a separate matter, it's also perfectly legal for me to contact you, my wealthy friend of old, and ask if you might be so kind as to stuff a brown envelope with €1,000,000 and leave it behind the flowerpot on my front porch. If, however, I should undertake those two endeavours in tandem, specifically with the completion of the first being conditional on your failure to facilitate the second, then suddenly things have all got very illegal, you're calling me a blackmailer, and I'm liable to be sent down for a very long time indeed.

Is this fair? Am I not being fair to you? After all, I'm merely giving you the opportunity to buy the story first; surely it would be far worse if I just skipped this whole 'blackmail' malarkey and went straight to the papers without so much as a whisper to you. Therefore, let's not call this blackmail (as that's such an ugly word). Rather, let us call it an act of kindness from an old, cash-strapped friend, one who would rather spare everyone involved utter public humiliation.

Or so the arguments go anyway. Of course, there are many activities that are legal but, when combined, become illegal. Being naked is legal, for example, as is walking on a public road. If you combine those two activities, however, you're liable to run afoul of the law. The circumstances, context, motive and location of any particular activity are usually factors in determining whether or not it is illegal.

Regarding the etymology of blackmail, it's often thought that it has something to do with the black (malicious) nature of the mail (letter) through which a blackmail threat is communicated, but this isn't the case. Rather, this mail is from the Old English mæl, referring to a tax or payment. Historically, this referenced the money extorted by Scottish clan chief from settlers along the border with England in exchange for protection from Scottish marauding bands - a black tax indeed.


Do you have any thoughts on blackmail?

Is it really a crime or just a questionable financial enterprise?

Is it as ugly a word as everyone makes out?