Blub - Cry Me a River 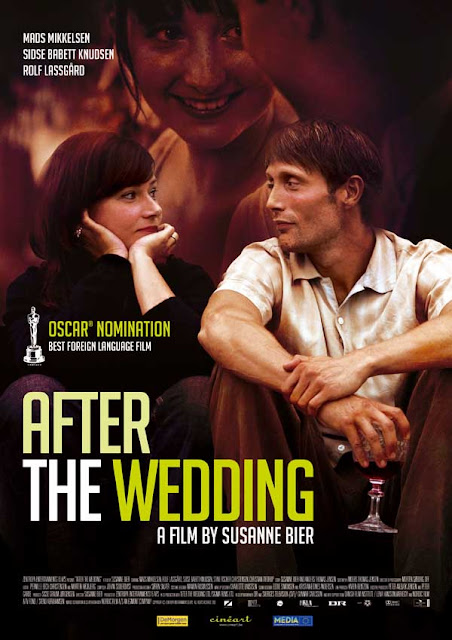 A1 verb trans. Wet of disfigure with weeping. E19

B noun. A fit or spell of weeping.

3 verb trans. Utter with crying and sobbing. (Followed by out, archaicly forth.) L16


Men can be a bit weird about crying. It doesn't particularly bother me personally, and I don't see anything shameful about a man shedding a few tears. Blubbing, though, is something I do try and avoid. It's a tragically imitative word, encompassing sobbing, bewailing and bawling in all of its blub-blub-blubbery snotty, sniffy wetness. Whenever one mentions blubbing (or blubbering), however, I can't help but think of the Danish film After the Wedding. A (male) friend and I watched it together and, granted, it is an exceptionally sad film with some supremely moving moments. However, during the climactic scene, a scene for which I myself was shedding a few tears, my friend started ... well ... blubbering. And blubbering loudly. Whooping-cough loudly.

It's hard to overstate the awkwardness of this moment - two men, sitting in the dark, on opposite sides of the room, watching a deeply emotive film, and one of them suddenly sobbing, blubbing, sniffling and choking on his own tears. Should I pause the movie, turn the lights on and console him? Should I let the movie run and quietly ask if he's OK? Should I snort with derision, throw a cushion at him and tell him to man up? No, I just sat there in silence, ruing what had to be the longest sad scene in film history (I swear it seemed at least three hours) and wishing I'd picked Die Hard instead.

Is it OK for men to blub?

Is it OK for men to blub during films?

Is it OK for men to blub during films together?

Please do blub your comments below.
Posted by Eddie F at 12:00