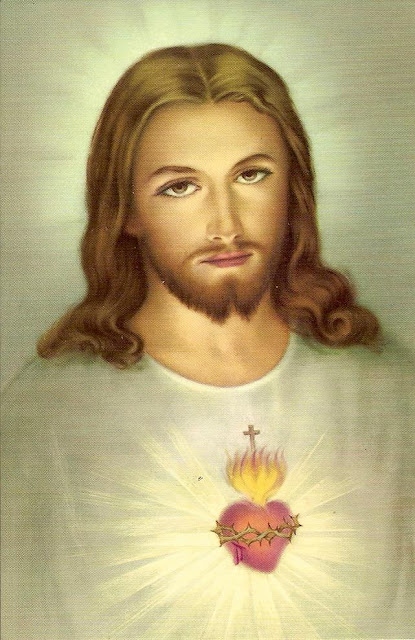 A church ornament or devotional object, especially one of little artistic merit; such objects collectively.

Religion is a deeply personal subject; art, too, while not quite as inflammatory, is also a matter of some sensitivity. Therefore, any examination of religious art is fraught with problems. After all, can anyone really say that another's treasured picture or figurine of their Lord and Saviour is, in actual fact, a piece of cheap, tacky, soulless tat? The answer is an emphatic yes, they can, and I present to you a nauseating horror show of bondieuserie, a word that's derived from the French for good and God, which is fitting as "Good God!" is the standard utterance when one encounters and then recoils from such ornamental abominations.

If bondieuserie is your thing, of course, then you're in luck. Requiring a minimum of talent to design and only the cheapest materials to manufacture, you can pick up examples at any €2 Shop in Ireland, and many market stalls gleefully specialise in churning out these mass-produced works of horror to the flock (although expect to pay a premium if you're buying them from the church gift shop). As religion is a community affair, you can also take solace in the fact that, if you have been duped out of your hard-earned cash, you're certainly not alone; it's likely hundreds of thousands of similarly gullible believers have exactly the same trinket sitting on their mantelpiece, silently mocking them with their sloppily painted, creepily misaligned eyes.

And creepiness features heavily in bondieuserie. It's easy to do, of course; religion and religious venues can have a tendency to be unnerving, chilling even. Poorly made artwork, however, is almost unparalleled in its ability to crawl under your skin. I rented a guesthouse in Sligo once, and on the wall in the kitchen was a figure of Jesus on the cross, lit from below by a full-sized red lightbulb. While the intention was surely to be an ever-present reminder that Christ died for our sins, all it did was cast an eerie red glow and cruciform shadow across an already dark kitchen, something that made getting up in the night for a glass of water a harrowing affair. Unable to stomach the constant feeling that I would die violently in that house, underneath that red bulb, at the hands of a maniacally grinning Christian serial killer, I took out the bulb for the duration of my stay. And no, I couldn't just have turned it off; it was hard-wired into the wall, such was the determination of this particular piece of bondieuserie to appall.


One has to love the tactful, almost neutral tone that the OED attempts to adopt in defining bondieuserie, describing it as religious art "of little artistic merit." Merriam-Webster is far more blunt, stating that it's "banal and often shoddy". Of course, all of this leaves the question open as to what is bondieuserie and what is genuine, meritorious religious art. All I can say is, with bondieuserie, you know it when you see it. Unless it was the artist's specific intention to nauseate, repulse and horrify, then it's bondieuserie, and if indeed it does leave you muttering "Good God!" rather than "God is good," it's bondieuserie.

Are you a fan of bondieuserie?

Is there a so-bad-it's-good factor?

Can you please explain why anyone would ever allow such travesties of all that is sacred to be displayed in their home?