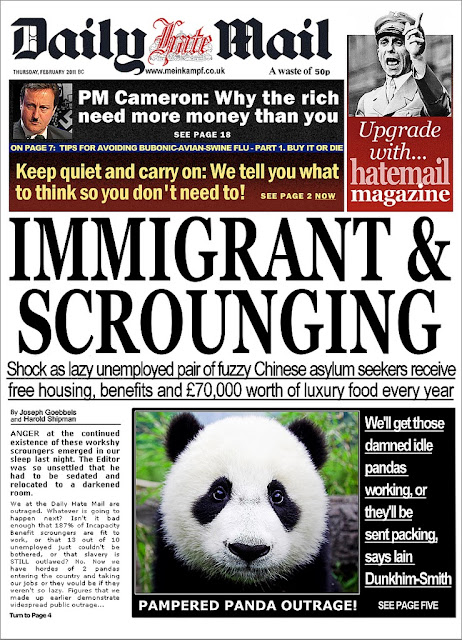 I have a dream: in this anthropocene, arboricidal era that we've created, a time when the Earth is straining under our mismanagement of its finite resources, I say that, if we are to allow junk mail and other such bumf, that it must never, ever be made of glossy paper. Thus, you and I, the common man and woman, we will be at leisure to dispose of it smoothly and comfortably in the privacy of our own bathrooms. As for the Daily Mail, it must be quilted - triple-ply quilted velvet. Even then I'm not sure I could actually bring myself to ... y'know ... buy it.

Is there any type of bumf that particularly irks you?

Do you also find it charming that they used a word like bum-fodder in the 19th century?

Do please wipe the slate clean in the common box below.
Posted by Eddie F at 09:30