Butterfly (Effect) - The Wings of Change

Noun. Old English.
[from BUTTER noun + FLY noun, perhaps with reference to the yellow or creamy-white colour of familiar species such as the brimstone.]

1 Any of a large group of insects which together with moths constitute the order Lepidoptera
and are distinguished from moths (in most instances) by diurnal activity, clubbed or dilated antennae,
thin bodies, the usually erect position of the wings when at rest, and brighter colouring. OE

2(a) figurative. A showy or frivolous person. L16

2(b) figurative. A person whose period of work or occupation of a place is transitory or seasonal. L19

3 Usually in plural. Fluttering sensations felt before any formidable venture. Especially in butterflies in the stomach etc. E20

4 In full butterfly stroke. A swimming stroke in which both arms are lifted out of the water at the same time. M20

[expressed as 'Does the flap of a butterfly's wing in Brazil set off a tornado in Texas?' (title of a paper by Edward N. Lorenz, 1979).]

The phenomenon where a minute localized change in a complex system
can eventually lead to a large effect elsewhere (with reference to chaos theory).

Butterflies are singularly fascinating creatures. My mother, an ardent lover of all things natural, told me that they were originally called flutter-bys, a beautiful and captivating story to a young boy, watching with his mother as brilliant splashes of white flutter erratically through the garden. Mum was wrong on this, sadly, as I would so love that story to be true, but she also explained in detail the breathtaking life-cycle of the butterfly, from being a tiny, globular egg to a voracious caterpillar, before making one of nature's most miraculous transformations as it morphs into a hanging chrysalis, before a fully-fledged, sublimely arrayed butterfly emerges, drying and stretching its resplendent wings before taking to the air to find a mate to begin the process again. The true etymology of its name might be disappointingly mundane, but the truth of the creature itself is nothing short of mesmerising.

Considering the butterfly's unparallelled beauty and transient nature, it's hardly surprising that it's been appropriated into human culture and symbolism, variously representing natural beauty, the soul, fragility and rebirth. Butterflies are also consistently one of the most popular choices for tattoo art. The transience and fragility, even seeming insignificance, of the butterfly has also given rise to the idea of the Butterfly Effect, in which a change of minute proportions, as the flap of a butterfly's wing, is said to begin a cascade that ultimately leads to far grander and more consequential events. That's a sobering thought: could the innocuous movement of some unknown insect in the distant past have had a pivotal effect on how our life turned out? Could it even have had a vital effect, perhaps determining whether we came to exist at all? 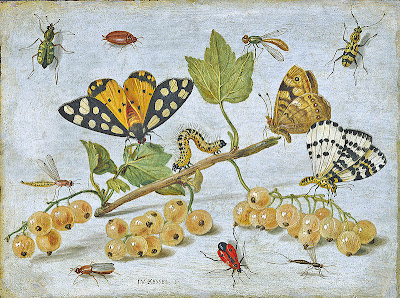 The Butterfly Effect is a common trope in fiction - films such as Sliding Doors and Frequency use the idea as a central plot device. Both films, however, explore the divergent outcomes of variables far bigger than the movement of a butterfly's wing - one the outcome of catching or missing a particular train, and the other the negative consequences of a fireman surviving a fire he was supposed to have died in. Such variables and their cascade of consequences are easy to understand; most of us can identify specific points in our lives where, if things had been just slightly different - if we had woken up on time, if we hadn't paused to double-check at the junction - the ramifications would have been profound. I can identify a particular holiday on which I forgot my razors and therefore cut myself with the cheap Bic disposables I was forced to buy. Through a convoluted series of events, if I hadn't cut myself, I wouldn't have met my wife a year later, meaning I wouldn't have had my daughter, which means that a whole life hinges on that one moment of absent-mindedness. And what if my daughter goes on to cure cancer (I have high hopes for her), or is the first human to colonise Mars (even higher)? What if she's merely the great-grandmother of someone that will do such things? And all because I forgot to pack my stupid Remington. 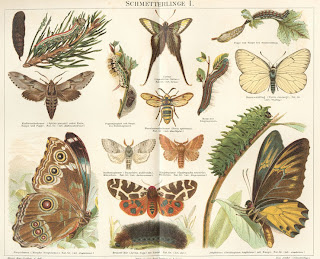 While such consequences, even if unlikely, are easy to understand and are readily apparent in the world around us, what about the Butterfly Effect taken literally? Although the original question related to weather, it's not too much of a stretch to understand the profound repercussions of something so tiny: Consider a butterfly sunning itself on a log. It might twitch its wing, almost imperceptibly, and draw the attention of a nearby frog that shoots out its tongue and eats it; the now sated frog jumps into a brook and swims away; a cat that was stalking the frog now turns around, having lost its quarry, and crosses a road on its journey home; a car driver swerves to miss the cat and crashes into a wall; the driver goes to hospital where he meets a woman in the waiting room; they date, marry, and eventually have a child; that child goes on to ... well it could be anything, from curing cancer to having more kids to simply existing - but it all came about because of the flap of a butterfly's wing.

Of course, some posit that, regardless of what micro-decisions we make or chance occurrences we encounter, the universe somehow "self-resolves" by the likes of the Novikov Self-Consistency Principle. Therefore, while there might have been a temporary diversion from the proper timeline if I had remembered my razor, somehow it would have got back on track. Cradle of Darkness, an episode of The Twilight Zone, features a woman that travels back in time and kills an infant Hitler, which is then replaced by a substitute gypsy baby - however, it transpires that the gypsy baby grows to be Hitler, the implication being that the woman killed an innocent child while inadvertently facilitating the creation of one of history's greatest monsters. The narrator grimly concludes: "History can never be changed, not even in ... The Twilight Zone ... [cue creepy music]."

Are you a lepidopterist or otherwise fond of butterflies?

Do you believe in the Butterfly Effect? Do you have any examples?

Do please cascade your most repercussive comments in the Twilight Box below.