Caledonian - The Influence of Scottish on the English Language 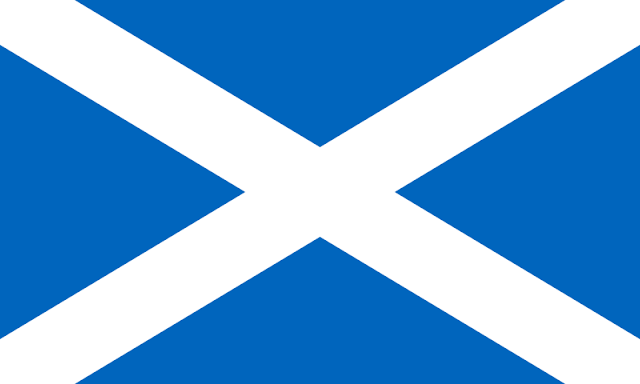 A(1) adjective. Of or pertaining to ancient Caledonia;
Scottish, of the Scottish Highlands,
(now jocular or literary excluding in names of existing institutions etc.). E17

A(2) adjective. GEOLOGY. Designating or pertaining to an episode of
mountain-building in NW Europe in the Palaeozoic era. E20

B noun. A native or inhabitant of ancient Caledonia;
a Scotsman, a Scottish Highlander, (now jocular or literary). M18

One of the most rewarding things about reading the OED is not just learning a word's definition, but also learning its history and evolution, its culture of origin, and what sort of people might have originally spoken it. In this etymological department, Scotland punches well above its weight, contributing a glorious number of colourful and beautifully descriptive words to the English language, going shoulder to shoulder with such linguistic titans as Greek, Latin, German and French, as well as its closer neighbours such as Welsh and Irish. To honour this Caledonian contribution, Lexicolatry has compiled just a small selection of words with Scottish origins, separated into two lists of ten words: those that we would expect to hail from Scotland, and those that are perhaps a little more surprising. Enjoy!

Ben
As a child, I thought that Ben Nevis was the guy that either first discovered Ben Nevis, or first climbed it or something.
But no; ben is simply the Scottish word for 'mountain peak', and Ben Nevis is the highest peak in the British Isles.

Bog
It's not just Ireland that has lots of bogs - as one Scottish tourist site boasts: "Scotland grows world-class bogs."
In keeping with this lofty accolade, Scotland, through Scots and Irish Gaelic, brings us the word bog too.

Caber
'Tossing the caber' is a regular feature of the Scottish Highland Games, in which burly 'tossers' must throw a 'caber' (from Scots Gaelic meaning 'pole'),
a wooden beam approximately 20ft (6m) in length and weighing around 175lbs (79kg). Contrary to popular belief,
the contestant is not scored by how far he tosses the caber, but rather how straight it is after he flips it.

Clan
Scotland is famous for its clans, and clan is a famously Scottish word, meaning 'offspring, family.'

Golf
Modern golf originated in Scotland, and so did the word, as did the golf-related terms caddie and links.

Loch
If you ever get the opportunity to visit the Scottish lochs (lakes), do not pass up the opportunity.
While you might not see the Loch Ness Monster (although you'll probably think you caught a glimpse of something),
you will be treated to some of the most breathtaking and eerily beautiful sights in Britain.

Mackintosh
It rains a lot in Scotland, so they need macs; Mackintosh is a Scottish name, and the guy that invented
the mackintosh was Charles Mackintosh, a Scot. Therefore, you just don't get more Scottish than this.

Pet
It's impossible to go to Scotland without someone calling you 'pet' and,
although I don't have any figures for actual pet ownership in Scotland,
the word is theirs (possibly shared with the northern reaches of England).

Sassenach
A Sassenach is what I am to a Scot - an English person. It's derived from the word Saxon and,
although I never know if it's supposed to be derogatory or not, I rather like it.

Tweed
Tweed is a coarse Scottish fabric and, while it may be favoured by English toffs, it's Scottish through-and-through.

Whisky
Ah! When it comes to whisky, you can't beat a good old bottle of scotch (or so I'm told - personally I can't stand the stuff).
The Scottish and Irish can battle this one out after-hours, as the word whisky is a variant of the delicious-sounding usquebaugh,
which originates from the term 'water of life' in Scottish and Irish Gaelic.

Blackmail
No, it's not that letters of blackmail are 'black' in character. Rather, this word originates from some rather enterprising
Scottish clan chiefs who ran protection rackets on the border with England, collecting 'black' taxes from villages to protect them
from being plundered. By themselves.

Ghillie
You know those furry-looking green suits that snipers wear? They're ghillie suits, and the word originates in Scotland.
I don't know why that's surprising, but it is.

Gob
Gob is British slang for 'mouth', and it's Scots Gaelic for mouth too.

Gumption
As of yet, nobody has had the gumption to figure out where gumption came from, other than Scotland ...

Minging
... whereas that beautiful word minging (as in 'Urgh! Her face is well minging, innit!' - read in a London accent),
is thought to originate with the 1970s Scottish dialect word ming, meaning 'excrement'.

Raid
Raid is a Scottish variant on the word road, roads no doubt being useful
for the conducting of raids when certain English villages didn't pay their dues.
(see blackmail above)

Slogan
Slogan is from the Scots Gaelic sluagh-ghairm, meaning 'army shout',
something that's surprising and interesting in equal measure.

Trousers
Oh the irony! Scottish men are famous for wearing kilts, and yet the word trousers is of Scottish origin.
However, it may be a little less surprising in that it's remarkably easy to say trousers in a Scottish accent - it's just troo-zuhs with a trilled r.
Easy, even for someone as atrociously bad at accents as me.

Are you from Scotland?

Do you have any favourite Caledonian constructions, words or phrases?

Do leave a wee comment in the box below, laddie.
Posted by Eddie F at 08:00