Canada - 10 Facts That Will Freak You Oot 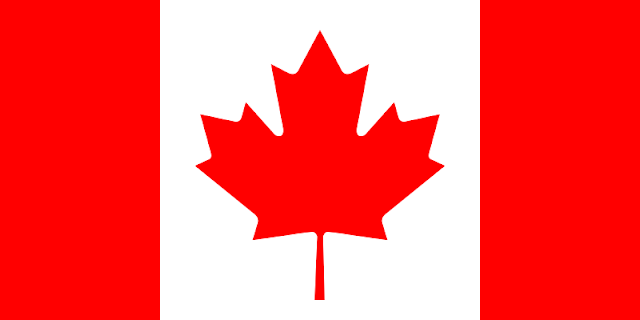 1 Used attributively to designate things found in or associated with Canada. L17

A noun. A native or inhabitant of Canada. M16

B adjective. Or or pertaining to Canada or its people. L17

Canadianism noun. (a) Canadian character or spirit; (b) a Canadian idiom or word. L19

Everyone, it seems, wants to emigrate to Canada - especially (and bizarrely) those that have never been there. It's hard to pinpoint the exact nature of this Canadian allure - it's possible that it's because they speak English, and do so in a relatively accessible, easy-to-understand way. Perhaps it's also because Canadians aren't rowdy, loud, oh-so-superior Americans, nor aloof, imperialistic, oh-so-superior British. They're just Canadian - and everyone loves Canadians. In fact, I challenge every reader with the assertion that they have never met an unpleasant Canadian (if you have, you're excluded from this rhetorical assertion). However, so that we're not all packing our thermals and heading off to this Canadian paradise unprepared, Lexicolatry has collated ten essential facts about Canada that, in internet speak, will literally blow your mind. Armed with this information, we can all be that little bit more prepared when we sit down with that friendly Canadian immigration officer to answer why we "want oot" of our own country and into his. 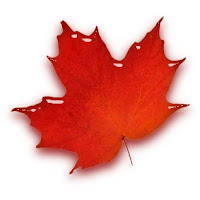 10 Incredible Canadian Facts That Will Literally Explode Your Mind


1. Canada is the 2nd largest country in the world
At 9,984,670 square kilometres, Canada is big - and we're talking really big; only Russia is bigger.
In fact, Canada is over twice the size of Britain and Ireland ... combined. Yup. It's just that damn big.

2. The capital of Canada is Ottawa
Despite being the world's second biggest country, there seems to be something oddly forgettable about its capital. Is it Montreal? Vancouver? Toronto?
Nope, it's Ottawa. And if you struggle to remember that, learning this simple mnemonic sentence will help: Ottawa is the capital of Canada. Easy.

3. The population of Canada is only 35,000,000
Only thirty-five million? Yes, considering its size, there just aren't very many Canadians. For comparison, the world's biggest country, Russia, has a population of 143 million, and the third biggest, the U.S, has 317 million. Also, relatively little countries like Poland, Spain, the UK and Italy all have populations bigger than that of Canada.


4. The biggest religion in Canada is Roman Catholicism
See Fact 3 on why this is surprising. Well it is. I'm just saying ...

5. Keanu Reeves, Justin Bieber, Jim Carey and Pamela Anderson are all Canadian
But, please, let's not hold this against the country as a whole.

6. Trivial Pursuit is a Canadian invention
Oh yeah! If you're gonna love Canada for no other reason, love it for this.

7. The name 'Canada' comes from an indigenous word meaning 'village'
Canada comes from the Iroquoian word kanata, meaning 'village' or 'settlement'. When the French explorer Jaques Cartier heard this,
he Latinised it and it was eventually applied it to the entire (exceptionally big) territory. Mon dieu!

8. Canada only officially became a country in 1982
Before the passing of The Canada Act 1982, those imperial rotters in Westminster still had the power to legislate in Canada. When Canada politely asked if they could govern themselves, however, Britain graciously ceded power. See? All they had to do was ask. So yes - Canada is a baby; a big, sprawling, maple-flavoured baby.

9. The national sports of Canada are lacrosse and hockey
Lacrosse is the summer sport and ice-hockey is the winter sport. No, it's not a particularly mind-blowing fact, but I originally thought only lacrosse had Canadian national sport status. But no - after I was so rudely corrected by Jingles (see comments below), I had to make this amendment. Anyway, if you're now rather underwhelmed by this fact, just wait until you see fact number 10 - it will blow your flippin' mind ... are you ready? ...

10. Alberta has 50% of the world's supply of bitumen
Some people (scandalously) claim that Canadians are a bit dull. So this fact is just to prove they're not. 50%? Wow. That's a lot of bitumen. Amazing.

Armed with this vital information, you are now ready to apply for citzenship. Bonne chance, mon ami!

Have you emigrated to Canada?

Do you know any other Canada-related trivia?

Do tell one and Montreal in the comment box below.
Posted by Eddie F at 19:00