1(a) (Capitalised) (The name of) an inconspicuous constellation of the northern hemisphere,
on the ecliptic between Gemini and Leo;
ASTROLOGY (the name of) the fourth zodiacal sign, usually associated with the period 22 June to 22 July (see ZODIAC);
the Crab. OE

2(a) A malignant tumour or growth of body tissue that tends to spread and may recur if removed;
disease in which such a growth occurs.
Compare with CANKER noun (the usual form until the 17th century). OE

2(b) figurative. An evil spreading in the manner of a cancer. M17

Sometimes I'm amazed at my own ignorance, and reading just a little about cancer has prompted such amazement. Cancer is a ubiquitous disease, one that's afflicted mankind since time immemorial; cancer has struck, more than once, in my own family. And yet, despite this, I must admit that my knowledge of cancer has been woefully superficial at best. As a Western man, the grim reality is that my chances of developing some kind of cancer are 1 in 3, so perhaps I've opted to remain in a state of blissful ignorance - after all, until it happens to you, cancer is always something that happens to someone else, right? If this is true, if on some subconscious level I have chosen to pull the duvet over my head and cover my ears, this is stupidity to a bafflingly profound degree. After all, a little knowledge of cancer might just help me avoid it by the lifestyle choices I make, and if ever it should strike, perhaps that little bit of understanding will help me not to be overcome with fear. Below is a little of what I've learnt about cancer, together with an excellent video made by a blogger that explains her own research into cancer, and some links to relevant organisations if you'd like to learn more.


The Etymology of Cancer

Cancer, the disease, comes from the Greek karkinos, meaning 'crab', and is applied to both the creature and constellation. It was first applied to the disease by Hippocrates around 400 B.C.E, specifically while he was examining tumours. It's unknown exactly why Hippocrates applied the idea of a crab to a tumour - it's possible that their hardness reminded him of a crab's shell, or the pain they caused was likened to the pinch of a crab, or even the tenacity of a tumour, 'biting' and refusing to let go. In around 47 C.E, the Greco-Roman philosopher Celsus maintained the Greek metaphor of karkinos, but now using the Latin cancer (crab), from where we get the English word cancer today. An interesting indicator as to the progress of cancer care is that, until relatively recently, cancer was considered something of a taboo in English, sometimes whispered or referred to as "the C word". Medical historian Dr Howard Markel explains in an excellent interview with www.npr.org that cancer had been a death sentence for thousands of years, but as treatments and the prognosis of cancer improved, so too did the word emerge from something that was unutterable to something that could be spoken of more openly.

Of all the professionally made medical videos and presentations I watched during my research for this post, the best (by far) was made by a fellow blogger who, on a similar quest to discover a little bit more about cancer, made the video below. It's well worth spending a couple of minutes watching it.

Video by: I Think in Comics 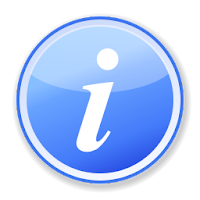 (All information taken from The World Health Organization website)

Do You Need More Information on Cancer?