Cannibal - So Lovely to Eat You 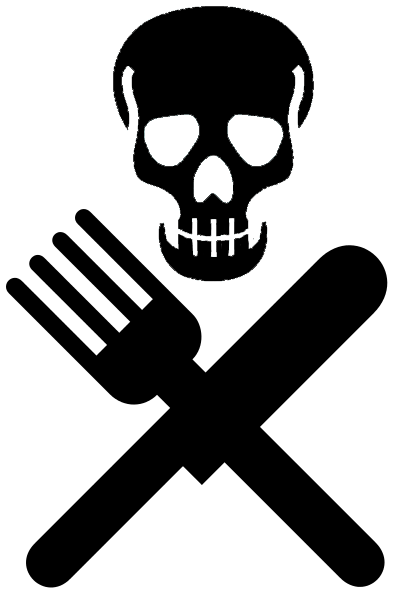 Noun & adjective. Mid-16th century.
[Spanish Canibales (plural), a form (recorded by Columbus) of the name Caribes a people of the W.Indies: see CARIB.]

A(1) noun. A person who eats human flesh;
figuratively a blood-thirsty savage. M16

A(2) noun. An animal that eats members of its own species. L18

B attributive or as adjective. Cannibalistic, bloodthirsty. L16

We humans have a markedly odd fascination with cannibals. What young boy didn't gape in awe at tales of swarthy, spear-wielding savages, dancing and chanting around a simmering pot of human flesh? And what little girl hasn't trembled at the thought of a wizened, cackling crone, stirring a cauldron of stinking broth, bubbling in expectation of that final ingredient - children! And it's no different as adults. Even the narrators of nature programmes, no strangers to seeing hapless animals mercilessly torn apart by baying predators, cannot hide the morbid relish in their voice at the mention of cannibalism: "Even before copulation is complete, the female Praying Mantis tears off the head of the unsuspecting male. In time, he will be utterly consumed." And who doesn't (metaphorically) lap up every sordid tale of modern day anthropophagy? "Did you hear about the German policeman arrested for cannibalism? And that's not the best ... I mean worst ... of it - he met his victim ... on the interweb, no less ... and his victim wanted to be eaten! I ask you! Have you ever heard of such a thing before?" (Actually yes, I have)

While isolated cases of barking Germans putting out (and answering) ads on the internet might be dismissed as exceptional, historically cannibalism isn't that rare. It's been practiced as a cultural norm, to some degree, on every inhabited continent (so not the sole domain of the stereotypically dark-skinned, spear-wielding savage that I heard about as a boy). If you extend the steaming pot to include instances of cannibalism because of necessity, then history is awash with examples - from starving Russians in WWII, the infamous Uruguayan rugby team whose plight Alive is based on, to the ill-fated Donner Party, the American pioneers who, beset by problems as they ventured west, resorted to cannibalism (and, no, before anyone asks, that is not the origin of doner kebab). Such stories of desperation and starvation always prompt lively, beer-fueled discussions of "So would you? Coz I would! I'd eat you in a heartbeat if I had to!"

That being said, just in case you're ever caught in such a sticky situation, and you're wondering how you would fare legally if, y'know, you were starving and your only option was to kill someone and eat them, the answer is a disappointingly predictable no, you may not, at least not under the Queen's law. A precedent was set in the famous case R v Dudley & Stevens in 1884, a case in which sailors killed and ate a dying cabin boy while adrift with no prospect of rescue. On their return to England, they were arrested, charged and convicted with the boy's death, despite considerable public sympathy. The ethics, morality and legacy of this case are still discussed today.

Finally, just because I don't want the poor praying mantis to be solely tarred, Carib-style, with the basting brush of cannibal condemnation, here are some other (often cute) animals that have no qualms about munching on one of their own: chickens, chimpanzees, gerbils, hamsters, honey bees, lions, orangutans, polar bears and rabbits. Oh, and pigs. I love pigs, but that's one episode of Peppa I don't want to see.


Just feel free to comment with relish in the box below.