Castle - And Other Castellar Words

I
1(a) A (usually large) fortified building or set of buildings;
a stronghold (literally & figuratively);
(especially in proper names) a mansion that was once such.
Also (in proper names), a site of ancient earthworks. LOE

1(b) A model or representation of such a building or buildings. ME

2 A tower mounted on an elephant's back;
a movable tower formerly used in warfare. ME

3 An elevated structure on the deck of a ship. obsolete except in FORECASTLE. ME

II
6 In biblical translations and allusions: a village. LOE-M16

I love castles! I always have, ever since I was a wee nipper running around their ruins with a toy sword, picking off imaginary vikings from the arrowslits, tipping back the scaling ladders with a wooden fork, before finally charging up to the top of the ramparts to give those rotters on the battering ram a healthy dose of boiling lead to the head. Phrwoah! Bam! Brilliant! I rather think if I had a toy sword in front of me now, I might just pop a saucepan on my head and charge around the kitchen for a bit. Huzzah! Considering the important place that castles have had in British (and European) history, it doesn't seem too surprising that there are quite a few castle-words in English. Therefore, in honour of all the saucepan-sounding, wooden sword swinging, battlecry bounding little boys out there, I present you with a selection of English's finest castellar words:


CASTELLAN
Noun. Also castellane (obsolete). LME
The governor of a castle (or, in layman's terms, 'the king of the castle', as opposed to 'the dirty rascal'.)

CASTELLAR
Adjective. L18
Pertaining to or of the nature of a castle.

CASTELLATE
Verb. Rare. M19
To take the form of a castle, or to build like a castle (with battlements, etc).

CASTELLATED
Adjective. L17
1) Built like a castle, or 2) Dotted with castles.

CASTELLATION
Noun. E19
The building of castles or battlements.

CASTILIAN
Noun. Obsolete except Historical. L16
A member of a castle's garrison, or a person living in a castle.

CASTLET
Noun. M16
A small castle."Aww! Bless!" isn't really the desired response from your enemy when they first
catch sight of your castlet walls, but at least there'll be no clearly-compensating-for-something jokes.

What's the difference between a castle, a palace and a fort, anyway?

While we're on the subject of all words castellar, if you've ever wondered about the exact difference between a castle, a palace and a fort, you may be frustrated to learn that it's not set in stone (brilliant pun). However, speaking generally, a palace is an unfortified royal residence, or the residence of some other high-ranking dignitary, and they're not built to withstand attack. A castle, on the hand, is also a residence, but is specifically designed with fortification in mind, and thus they have many common features, such a thick walls, defensive positions, moats, drawbridges, arrowslits, etc. Finally, a fort is a purely military structure, built as a defensive position or one from which offensive operations can be conducted. Oh, and a fort is the only one that can be made out of your Mum's duvet. 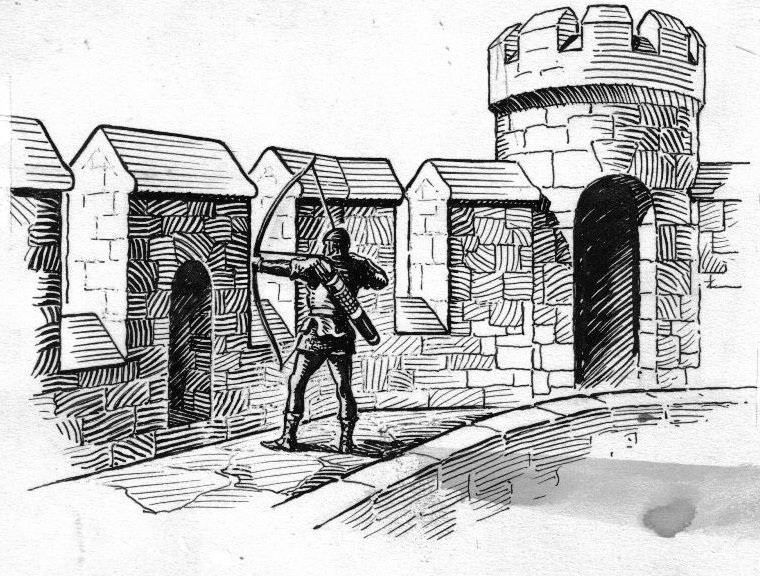 Do you have a favourite castle or castellar word?

Do please rampart your knowledge and make a moat point by commenting in the box below.
Posted by Eddie Lexi at 08:00