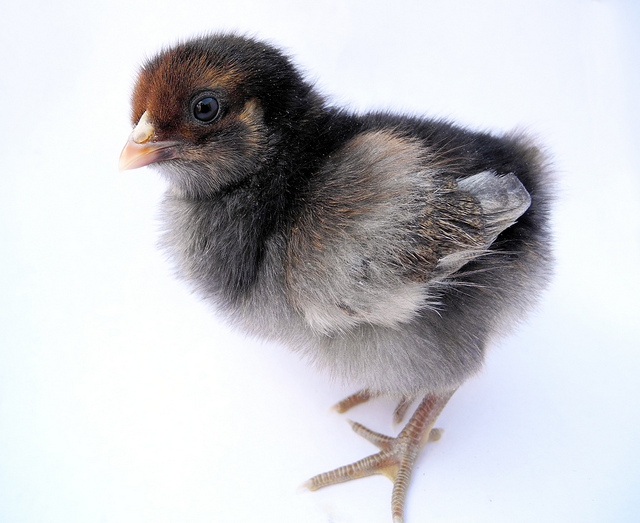 2 A chicken; a young bird, especially before or just after hatching. LME

In Combination:
chick flick, chick lit colloquial (chiefly derogatory) a film, literature, which is perceived or market as appealing to young women.