Coward - A Tail of True Sissies 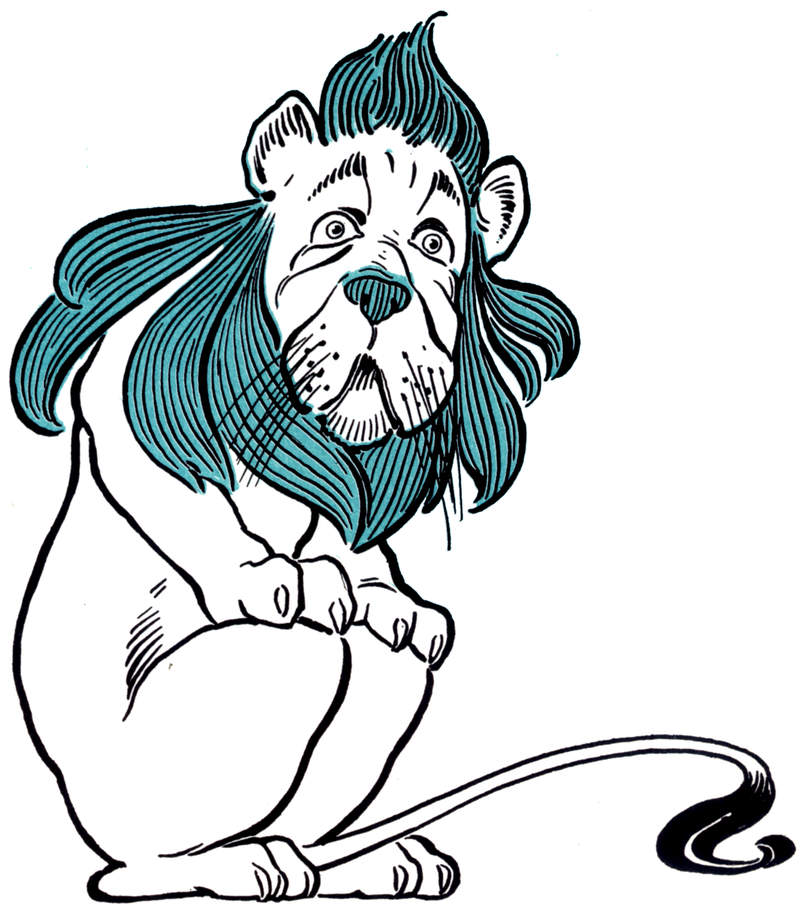 A noun. A person who shows unworthy fear in the face of danger, pain, or difficulty;
a person with little or no courage. ME

B1 attributive or as adj. Cowardly. ME

B2 attributive or as adj. HERALDRY. Of a lion or other animal: having the tail drawn in between the hind legs. E16

Coward has an interesting etymology, ultimately stemming from the Latin cauda, meaning tail, and probably developing along similar lines as the English idioms to turn tail and to have one's tail between one's legs. Anyone that's ever seen a dog adopt this posture knows what a pitiful sight it is, and how appropriate it is for describing cowardice.

Interestingly, similarly cowardy words don't share the same root: to cow, as in 'to browbeat and intimidate into submission', is from Old Norse kúga, meaning 'to oppress'. To cower is from Middle Low German kuren meaning 'to lie in wait', and the noun cow-heart, meaning 'a coward', simply means having the heart of a cow.

To illustrate coward, the internet is awash with instances of poetic justice: thieves getting smacked down by grannies, happy slappers slapping the wrong person, etc, and consequently demonstrating their craven cow-hearts in the process. I've chosen, however, a video in which a man doesn't quite cover himself in glory, and may well be described as a coward with his tail between his legs. The video also contains a literal tail. But, on watching it, would I have been scared in his situation? Definitely. Would I have run away screaming like a little girl? Probably. So you can judge for yourself ...

Do please leave your most lion-hearted comments in the box below.
Posted by Eddie Lexi at 14:00