Dishabille - Undress for all Occasions

Noun. Also des-, dés-, déshabillé. Late 17th-century.
[French déshabillé use as noun of past participle of déshabiller undress, from des- + habiller to dress.]

1 The state of being casually or only partially dressed. Chiefly in in dishabille, en déshabillé. L17

2 A garment or costume of a casual or informal style. L17

If you need to describe a state of undress, then dishabille provides a wonderfully versatile platform for doing so, giving both a range of spellings and pronunciations to suit whatever scanty definition you're reaching for.


For example, if you wish to fully equip your déshabillé with its French pronunciation and companion diacritics, this is probably more suited to the risqué states of undress found in the likes of an Alberto Vargas pin-up girl.

Dishabille, however, in dropping the French diacritics but retaining the pronunciation, is perhaps more suitable to the type of careless underdressing that so irked Lieutenant Colonel John Churchill, a WWII officer famed for entering battle kitted out with a longbow, bagpipes and broadsword, and quoted as remarking that "any officer who goes into action without his sword is improperly dressed."

And finally, we land at the Homeresque brand of dishabille - sitting around in your Y-fronts -  for which we would dispense with all French pronunciation, fancy diacritics, and notions of eroticism. D'oh! 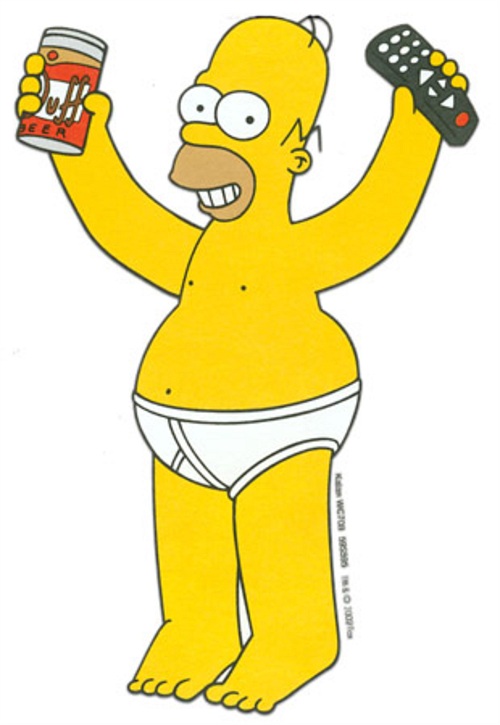 Are there any other forms of partial undress to which we can apply dishabille?

Do any of the above forms particularly appeal to you?

Do please dress down your most bare-faced comments in the changing box below.
Posted by Eddie Lexi at 08:00