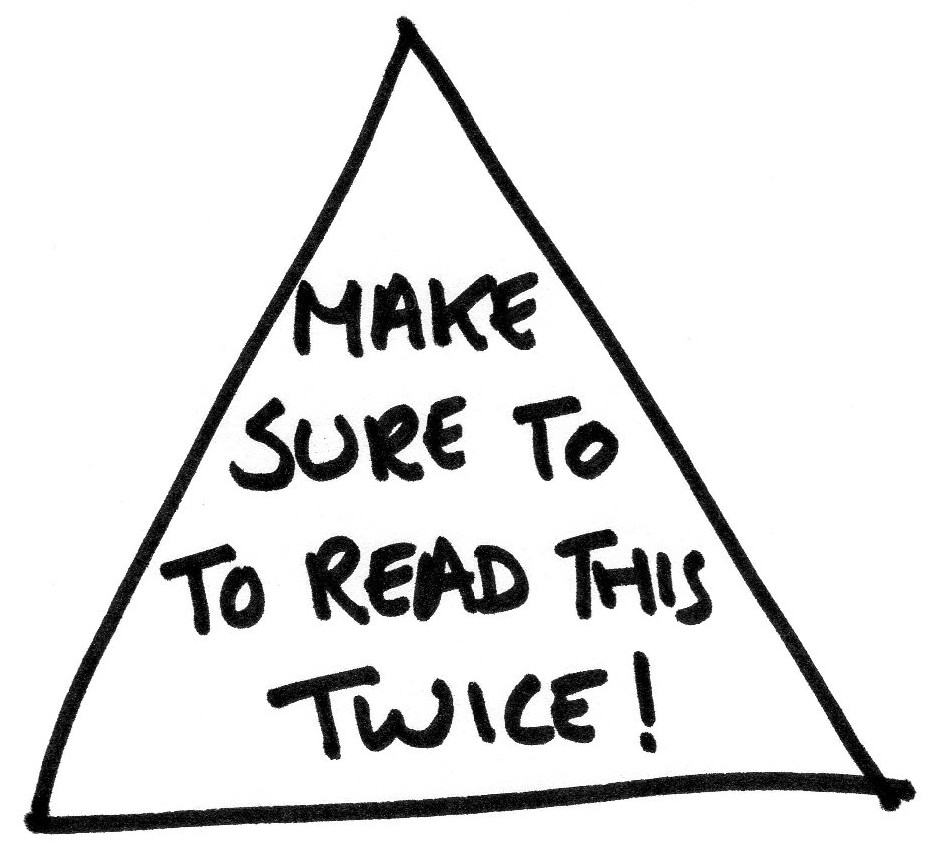 PALAEOGRAPHY. Unintentional repetition of a letter, word, etc., by a copyist;
an instance of this.

Anyone that has ever spent hours poring over an essay, scouring it for typos, will well know the exasperation of sitting in class with a freshly printed, error-free copy on the desk in front of you, only for you to spot, moments before you turn it in, that ... aaaaargh! ... there is a mistake, and it's because you wrote some stupid word twice!

When writing, editing and copying, dittography (as it is properly called) it exceptionally easy. As the picture above demonstrates, our brains seem to have some internal mechanism for editing out superfluous words, thus rendering them invisible to all but the most discerning of eyes (although I'm convinced, as my essay-writing experience shows, that this mechanism inexplicably shuts down at the the moment of maximum anguish to the author - specifically, when it's too late to correct the mistake).

And finally, before anyone points it out, I do know that the above picture is not a true example of dittography, as it was intentional. And also, the anguish caused by a genuine essay-based dittograph is equal to the feeling of triumph when one receives back the essay from the tutor, and they missed the mistake as well. Ha! Even university lecturers succumb to the power of the dittogram! Clearly, it is very easy easy to do.


Do please leave your most repetitive comments in the bbox below.
Posted by Eddie Lexi at 08:00