Doctrinaire - A Stickler for the Rules 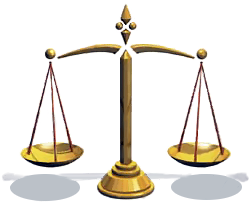 A1 noun. Historical. In early 19th century France, a member of a political movement which supported
constitutional government and the conciliation of the principles of authority and liberty. E19

A2 noun. A person who tries to apply principle without allowance for circumstance;
a pedantic theorist. M19

B adj. Pertaining to or of the character of a doctrinaire;
seeking to apply a doctrine in all circumstances;
theoretical and unpractical. M19

My distaste for bureaucracy, corpocracy and all things rigid, unyielding and unfeeling is well documented on Lexi, and to this list we can add the doctrinaire, a person who stubbornly sticks to the letter of the law regardless of the practical (and human) ramifications.

Its relationship to the word doctrine lends it a certain religious flavour, and is somewhat reminiscent of the word Pharisaical. As anyone who has read the Gospels will know, the Pharisees were a Jewish sect of the first century C.E, portrayed in the Bible as captious hypocrites who held the letter of the law to be more important than, in Jesus' words, "the weightier matter of the law - justice, mercy, good faith!" (The New Jerusalem Bible).

An interesting parallel to the doctrinairism presented in the Bible is that of the bizarre Three Strikes laws adopted in various states of the USA, but most famously in California. Rather than allowing judges their customary flexibility in sentencing, the Three Strikes applies the rules of baseball to impose severe and mandatory sentences upon any third offence if the convicted has two previous felonies against his name. This has lead to some outrageous results, including that of Curtis Wilkerson who, in 1995, was sentenced to twenty-five to life years for the theft of a pair of socks, on account of two previous convictions from 1981.

Make no mistake - I'm all for severe sentences for severe crimes. But when laws, rules and regulations are applied so rigidly by doctrinaires (or systems that compel the judiciary to become doctrinaires), I'm with Jesus - I really think it's missing the point.


Do please leave your most flexible comments in the box below.
Posted by Eddie Lexi at 08:00