Dolls - Why Are They Creepy?

2(b) A ventriloquist's or puppeteer's dummy. L19

3(b) A woman who is pretty but unintelligent or frivolous. L18

3(b) Any woman or girl, especially an attractive one;
occasionally, a pleasant or attractive man. slang. M19

If, like me, you're one of the many people that find dolls (and adults that collect them) just ever so slightly creepy, you may be comforted to know that this is very common. The fear of dolls is known as pediophobia, and is one of the most common phobias. There is a long history of theory behind why we so often find dolls frightening, and it's a fear that's placed under the umbrella term automatonophobia, which is the fear of something that represents a sentient being, and also includes coulrophobia, the fear of clowns, and pupophobia, the fear of puppets.*

*At least, this is according to cursory internet research and that beautiful font of all unverified knowledge Wikipedia - while major dictionaries have embraced coulrophobia, there is more resistance to the terms pediophobia, automatonophobia and pupophobia.

One of the predominant theories behind the unease dolls often cause is that of the uncanny valley, defined by Oxford Dictionaries as the phenomenon whereby things that 'bear a near-identical resemblance to a human being arouse a sense of unease or revulsion.' Basically, the further a doll or robot is from being lifelike, the more comfortable we are with it; the closer they are to reality, the creepier they get.

Personally, I was hoping that if anything could vanquish my uncanny unease with dolls, it would be an interesting etymology - the word doll comes from the pet-name for Dorothy, following the same pattern as Hal, Sal and Moll for Harry, Sarah and Mary. Dolls also have an interesting history - while the English word dates from the relatively recent 1500s, dolls themselves are perhaps the oldest of all human toys, examples of which have been discovered among ancient Egyptian, Greek and Roman artifacts. All of which means that ... umm ... well ... no it doesn't change anything. I still find dolls creepy, and if a solid etymology and detailed history can't shift that, then nothing can. 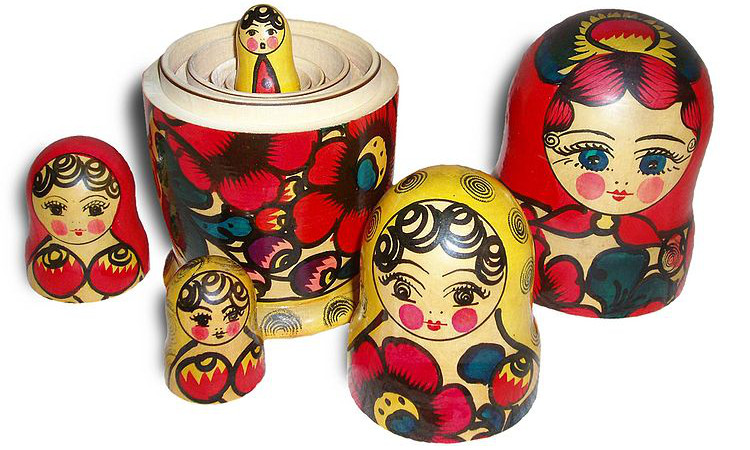 Are you a full-blown pediophobe?

Do please leave a comment in the toy box below.
Posted by Eddie Lexi at 08:00