The Origin of Dutch Courage (And Other Dutchy Expressions) 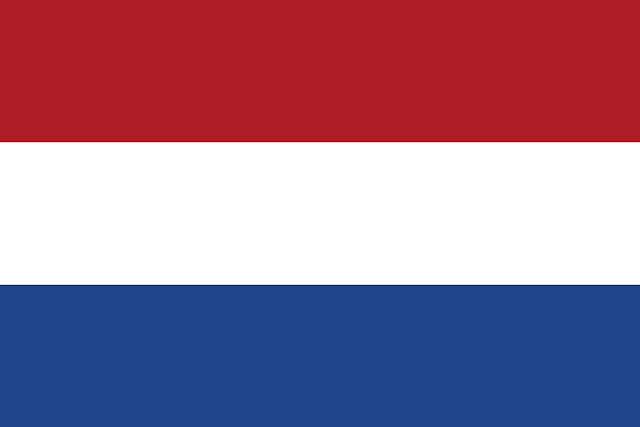 Adjective & noun.
[From Middle Dutch dutsch 'Dutch, Netherlandish, German': the English word originally denoted speakers of both High and Low German,
but became more specific after the United Provinces adopted the Low German of Holland as the national language on independence in 1579.]

1 adj. Relating to the Netherlands or its people or language. ME

2(a) noun. The language of the Netherlands, spoken by some 20 million people. E17

2(b) noun. (as plural noun the Dutch) The people of the Netherlands collectively. E17

The English and the Dutch have a fraught history - variously enemies, allies and competitors - a history that descended into outright war on numerous occasions during the 17th and 18th centuries. It's hardly surprising, then, that we have acquired quite a few Dutchcentric expressions in English, many of which are far from flattering.

Perhaps the two most well known are double Dutch, referring to incomprehensible gibberish, and Dutch courage, which is alcohol-induced bravery. There are a couple of theories regarding the origin of Dutch courage, the most basic being that it's a disparaging comment on the quality of Dutch soldiers who, unlike their plucky British counterparts, had to be inebriated to show any kind of valour on the battlefield. A second theory posits just the opposite, however, and suggests that it was the British troops that were in need of a snifter. The evidence for this is the Dutch origin of gin, specifically from the Dutch chemist Franciscus Sylvius, and thus downing a few shots of gin before battle became known as Dutch courage (and if you've ever read any accounts of naval battles in the 17th and 18th centuries, you'll know you'd need it). This association with gin might also explain the expression Dutch feast, which is an event at which the host gets drunk before his guests.

As well as the Dutch people's drinking habits and bravery, there has also been a long tradition of maligning their sexual proclivities: a Dutch cap, for example, is a contraceptive diaphragm, and a Dutch wife is a sex toy (or, as the OED discreetly terms it, 'an artificial sex partner'). Rather cruelly, a Dutch widow is a prostitute, although we can at least be thankful that a Dutch hoe is exactly that - a particular type of hoe.

Finally, there is the expression to go Dutch. This refers to something in which every party pays their own way. It is accompanied by a number of related expressions: a Dutch lunch, a Dutch party, a Dutch dinner, etc. Basically, if you're invited to any of these, you'll be paying for yourself. While it would be easy to assume that the origin of these is similarly British (historically, after all, the Dutch did have a reputation for being miserly and shifty - a Dutch reckoning is an unexplained bill that arrives out of nowhere and only increases if challenged), to go Dutch is in fact of American origin, the OED listing the first reference to a Dutch treat in Lippincott's Monthly Magazine in 1887. Rather sportingly, too, it seems there wasn't any particular malice by the Americans - the Dutch simply had a reputation of paying their own way.

Do you wish to respond to our history of linguistic sniping?

Do you know any other Dutchy expressions?

Do please clog up the comment section by leaving your cheesiest comments in the box below.
Posted by Eddie Lexi at 08:00